London Concert Choir presents an all-Mozart concert in which his profound and poignant setting of the Requiem Mass is complemented by two other late works. The radiant 39th Symphony was the first of a final trio of symphonies composed in 1788; its key of E flat major – the same as the home key of his opera The Magic Flute – was associated in the composer’s time with
love and solemnity.

The moving devotional motet Ave Verum Corpus was written for the Feast of Corpus Christi in June 1791. In the same year an anonymous patron commissioned the Requiem in memory of his late wife. Tragically, within months Mozart himself was dead, leaving the work unfinished. Some of the music was performed at his memorial service and the Requiem was later completed by
his pupil Süssmayr. 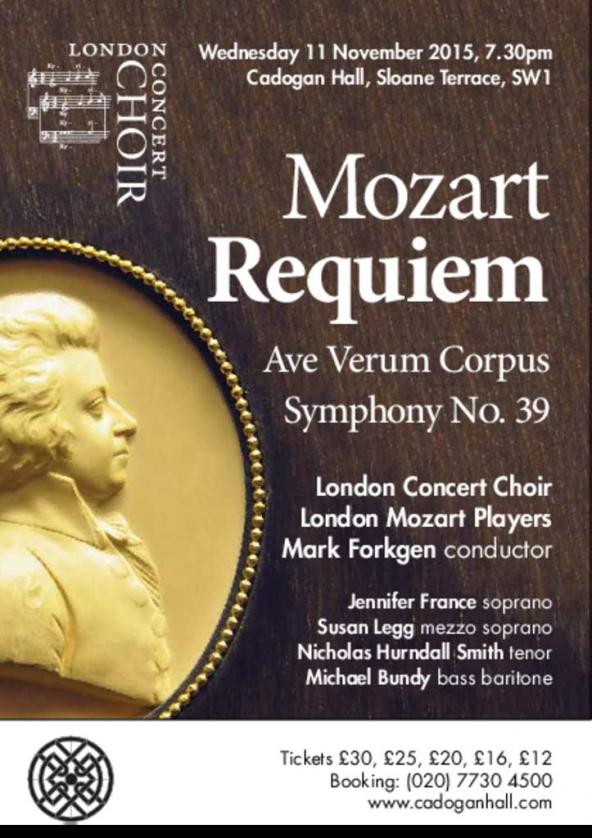 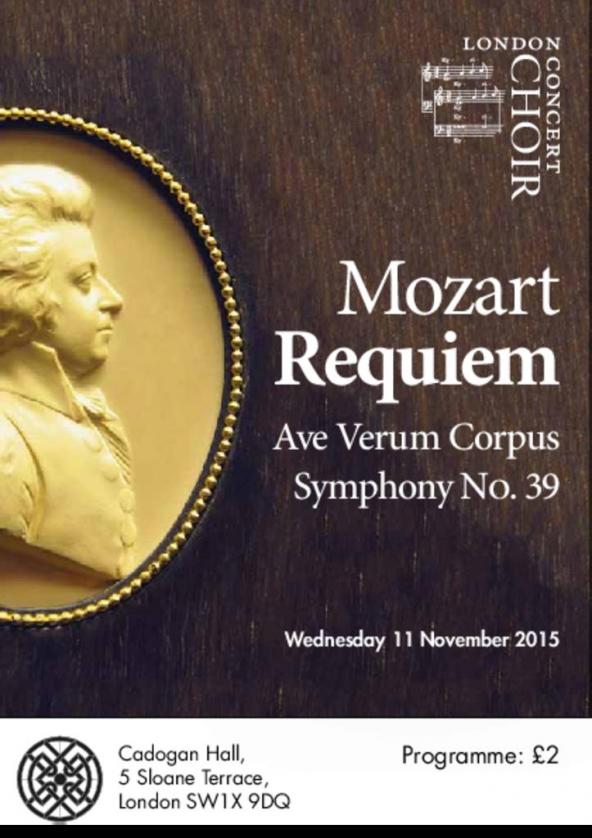