Mozart’s C minor Mass was composed as a thanksgiving for his marriage and a showcase for the talents of his wife, the soprano Constanze Weber, who was a soloist in the first performance in 1783 in Salzburg. Although what has survived is an incomplete setting of the Mass, the unfinished work is considered a masterpiece of church music, which has been described as Mozart’s ‘entirely personal coming to terms with God and his art.’

Symphony No. 36, one of the sunniest and most life-affirming of all the later symphonies, is on a grand scale. Mozart produced it at breakneck speed for a concert in the town of Linz, where he and Constanze stayed on the way home from Salzburg to Vienna.

The poignant devotional motet Ave Verum Corpus (Hail, True Body) was written for the Feast of Corpus Christi in June 1791, only six months before Mozart’s death. 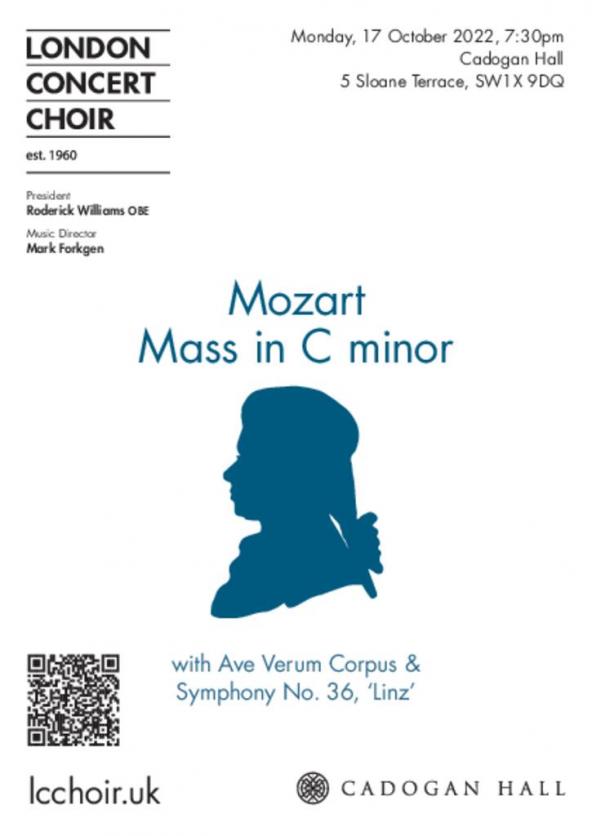