“As I have not a single symphony with me, I am writing a new one at breakneck speed.” So wrote Mozart to his father on 31st October 1783 from the city of Linz. He and and his wife Constanze were staying there with Count Thun-Hohenstein, a family friend and patron, on their way back to Vienna from Salzburg after the premiere of the C minor Mass. The Count, on hearing of the young composer’s visit, had hastily organised a concert to showcase his work, which was to be performed by the Count’s own sizeable orchestra.

The ‘Linz’ Symphony was written in an astonishing four days, receiving its premiere at the Thun palace on 4th November. Widely considered one of the most exuberant and life-affirming of Mozart’s late symphonies, it shows no signs of its hasty composition.

Scored for oboes, bassoons, horns, trumpets, timpani and strings, the symphony reflects the influence of Haydn. This is perhaps most striking in the short Adagio that begins the first movement – the first time Mozart was to use this device in one of his symphonies. Rather than sticking to a single introductory theme, however, as was the custom at the time, Mozart’s introduction offers us a range of ideas: the stately dotted rhythms of the first few bars, with their timpani accompaniment; the lyrical entry of the violins, soaring over insistent quavers in the bass; and the plaintive solos of the bassoon and oboe. The orchestra moves in and out of the minor key, creating at times a feeling of slight foreboding.

The Allegro spiritoso that follows is ostensibly a straightforward example of sonata form, with a sparkling, march-like first subject that returns us to C major – but again, Mozart is playing with convention. After the strings have repeated this first theme, more emphatically this time round, we shift to E minor, a surprising key for the second subject. Here, rather than the cantabile theme that was common at the time, Mozart gives us a playful gavotte, a popular French peasant dance that involved hopping and jumping. This is illustrated by loud, emphatic interjections by the oboes and violins. A slightly truncated development follows, largely in the minor, before we move to a full recapitulation of the opening material in C major.

The second movement, Andante, takes the form of a siciliana, an Italian dance in 6/8 time that Mozart would return to again in later symphonies. Conforming to the contemporary Viennese fashion for slow and majestic second movements, while also looking forward in many ways to the work of Beethoven, it has a strangely dark, sombre feel. In part, this is down to the frequent incursions into the minor key. However, another factor is the orchestration: for the first time in one of his symphonies’ slow movements, Mozart uses trumpets and the timpani to accentuate the graceful meandering of the strings. These interjections lend the music an unexpected, almost ominous, touch.

The brief Menuetto, by contrast, has a more traditional feel. The minuet sections, beginning in C major, mirror one another conventionally, with a lilting 3/4 melody in the strings that is doubled intermittently by the oboes. The middle trio passage is lighter and more fluid in character, with nods to the Ländler, a popular Austrian dance of the time.

The final movement, to be played presto, is an exuberant, dancelike finale that calls for considerable virtuosity from the violins. Also in sonata form – something it shares with the final movements of the later ‘Prague’ and ‘Jupiter’ symphonies – it has much of the drive and energy of the first movement. Its six main themes, based either on arpeggios or on flowing chromatic lines, are carefully developed from one another. For many critics, the effect is almost operatic, looking back to Mozart’s triumphant opera of the preceding year, Die Entführung aus dem Serail (The Abduction from the Seraglio) and forward to the brilliance and verve of The Marriage of Figaro, composed in 1786. 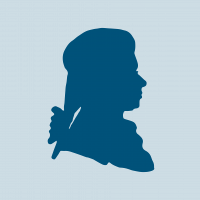