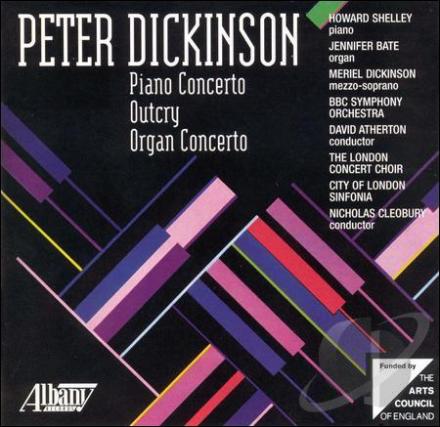 In 1988, London Concert Choir recorded Outcry, a cycle of nature poems for Contralto, Chorus and Orchestra, by Peter Dickinson.

The original release (Conifer - CDCF 167) does not appear to available, but the recording was re-released together with Dickinson’s Piano Concerto and Organ Concerto in 1999 (Albany / Priory Records – 34061036029). This is available from Amazon.co.uk.