City of London Sinfonia is committed to delivering outstanding performances and unforgettable experiences in concert halls, schools, hospitals and diverse community venues throughout London and the UK and beyond.

Led by Stephen Layton (Artistic Director and Principal Conductor) and Michael Collins (Principal Conductor), the Orchestra performs throughout the UK and abroad, making regular appearances at all the major London concert halls and venues, as well as St Paul’s Cathedral and other venues in the City of London. It has been resident orchestra at the capital’s popular Opera Holland Park since 2004, as well as being a regular guest at major UK festivals. In addition the Orchestra performs lively ‘Crash, Bang, Wallop!’ family concerts offering young listeners a lively and interactive introduction to classical music.

City of London Sinfonia has made over one hundred recordings, including a series of operas by Benjamin Britten on the Chandos label, and won a Grammy Award for Best Opera for its recording of Peter Grimes.

The Orchestra’s ‘Meet the Music’ education and outreach programme, founded in 1988, was one of the first established by a UK orchestra. Musicians spend approximately 100 days a year making music with a wide range of groups, young and old, throughout the country, including a long-standing residency at the world famous Great Ormond Street Hospital. 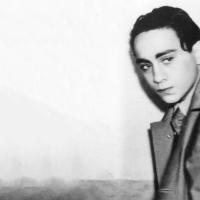