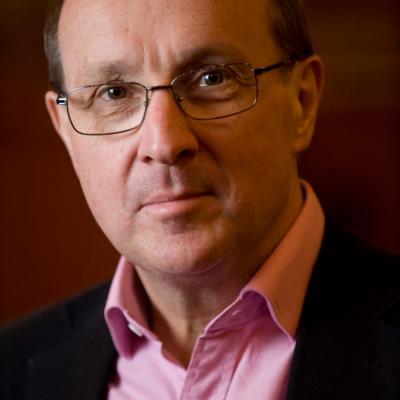 Nicholas Cleobury has conducted all the major UK orchestras and widely in Europe, Hong Kong, Scandinavia, Singapore, South Africa, USA and beyond. He works regularly for the BBC and Classicfm, has appeared at most British Music Festivals, often at the Proms and made many recordings.

He has conducted numerous opera companies from ENO, Glyndebourne and Opera North to Canadian Opera, Chicago Opera Theatre, the Royal Opera Stockholm and extensively for Zurich Opera. He has been Principal Opera Conductor at the Royal Academy of Music and Music Director of Broomhill Opera.

Nicholas Cleobury has made an enormous contribution to the performance and fostering of contemporary music, having worked with many leading ensembles and composers, most notably Sir Michael Tippett, given countless premieres and promoted many young composers.

He is also a specialist choral conductor, having been Assistant Director at the BBC Singers. He has worked with choirs all over the world, from the Swedish and Danish Radio Choirs, to the Berkshire Choral Festival (UK and USA) and Die Konzertisten in Hong Kong and numerous major choirs in the UK, including the Royal and Huddersfield Choral Societies.

He has a particular gift and flair for working with young people and students, as conductor, lecturer and teacher, at most of the UK music colleges, and with British Youth Opera, Jette Parker (ROH), the National Opera Studio, Oxford University Music Faculty, University of Cambridge Faculty of Music and the Southbank Sinfonia.

He is an Honorary RAM and Fellow of Christ Church University Canterbury, MA (Oxon), FRCO and a Trustee of Britten in Oxford, Schola Cantorum of Oxford, Sounds New and Youth Music.