Parry: I was glad

Sir Hubert Parry (1848-1918) composed this setting of verses from Psalm 122 for the Coronation of King Edward VII in 1902, revising it for George V’s Coronation in 1911 by adding a more impressive introduction. Settings of the text by Purcell, John Blow and other musicians had been sung at previous Coronations, but it is Parry’s revised anthem that has been used subsequently, as well as being performed on State occasions and at royal weddings. At the Coronation of Queen Elizabeth II on 2 June 1953, the anthem was sung as the Queen entered at the west door of Westminster Abbey and processed into the Church.

Despite his father’s opinion that music was not a suitable career for a gentleman, Hubert’s musical talent was nurtured at his prep school and while still at Eton he became the youngest student to gain a BMus from Oxford. He read law and modern history at Oxford, but kept up his musical studies while working in insurance until his compositions came to public notice. Having been employed by George Grove of the great new Dictionary of Music and Musicians, he was eventually appointed to the staff of the new Royal College of Music. When Grove retired as director of the RCM, Parry succeeded him and held the post until his death.

The full choir begins the anthem, then divides into two at the words ‘Jerusalem is builded’. The central section, a contemplative prayer for the peace of Jerusalem, is sung by the semi-chorus before the whole choir re-combines and the music builds to its final climax.

I was glad when they said unto me,
We will go into the house of the Lord.
Our feet shall stand in thy gates, O Jerusalem
Jerusalem is builded as a city that is at unity in itself.

O pray for the peace of Jerusalem, they shall prosper that love thee.
Peace be within thy walls, and plenteousness within thy palaces. 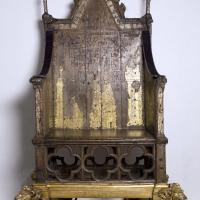 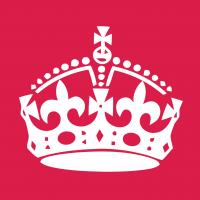