This Christmas concert of Baroque favourites opens with Vivaldi’s exultant Gloria, the hymn of praise and worship from the Mass, wich was composed in about 1715 for the girls of a Venetian orphanage. After being lost for two centuries, the Gloria came to light in the 1920s and has become Vivaldi’s best-known choral work, as the radiant nature of the piece, with its distinctive melodies and rhythms, gives it an immediate appeal.

Bach’s splendid large-scale festive setting of the Latin Magnificat, the song of the Virgin Mary, was first performed on Christmas Day, 1723 – his first Christmas in Leipzig. Jubilant and impressive choruses are interspersed with reflective solos.

In his third orchestral suite an overture and cheerful dances in the French style surround the serene slow movement, popularised as the ‘Air on the G String’. 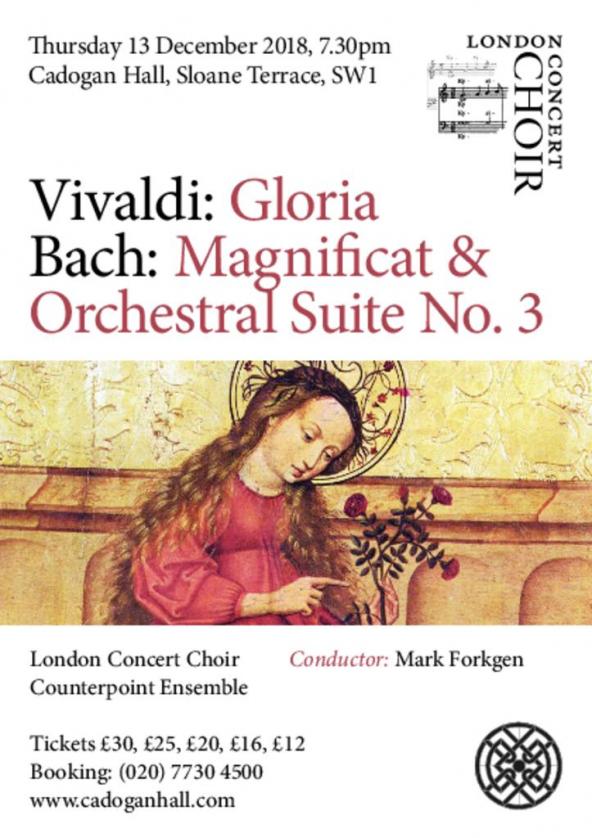 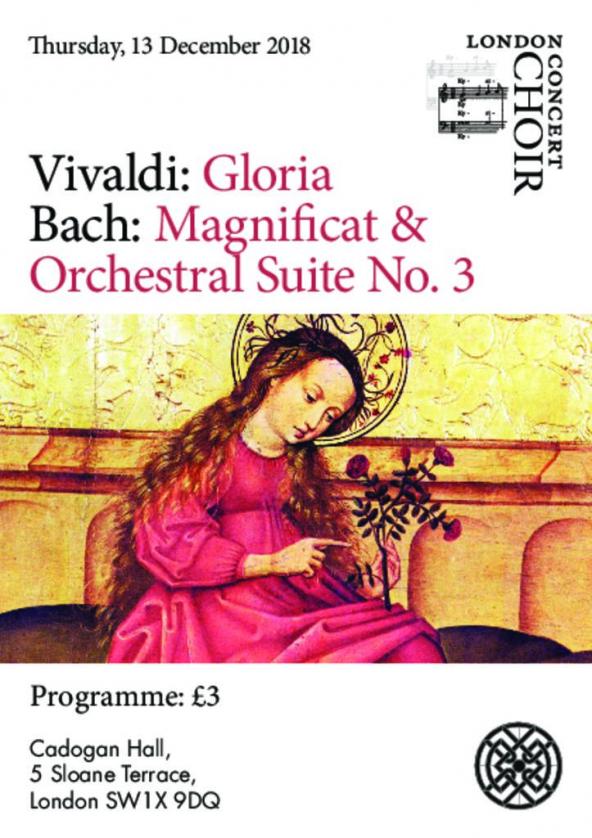