In Bach’s day his four orchestral suites were called Ouvertures (note the French spelling), after their first movements. The use of the term ‘Ouverture’ for this type of piece springs from the French tradition of a ‘curtain-raising’ ﬁrst movement followed by one or more dances before the action of a play or opera began. The suites display plenty of French inﬂuences, notably the absence of an introductory allemande (German dance) and the presence of French forms: the bourrée, gavotte and minuet.

The ﬁrst and fourth orchestral suites are thought to date from Bach’s years at Cothen. Suite No. 2 and this suite (arguably the most popular of the four) probably date from the 1730s, when Bach was directing the Leipzig Collegium Musicum, a chamber orchestra made up of university students and town musicians.

The ﬁrst movement follows the French shape of a grandiose dotted-rhythm opening, a faster fugal section and a recapitulation of the opening material. The Air, for strings and continuo alone, is a little piece of musical genius. A lovely, calming melody, it is one of Bach’s most familiar tunes. It is best known in the infamous nineteenth-century arrangement ‘Air on the G string’, which has been borrowed by advertisers and rock groups, yet continues to captivate.

The two Gavottes are played in sandwich order: I - II - I. Like the Gavottes, the Bourrée is a dance movement in duple time. Both were favourite dances at the court of Louis XIV, the Sun King. The ﬁnal Gigue is in a joyful 6/8 rhythm. 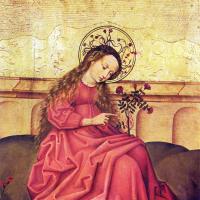