Handel’s magnificent oratorio Judas Maccabaeus is second only to Messiah in popularity and is equally full of stirring choruses and beautiful arias. The story concerns events in Jerusalem during the second century BCE when an invading Hellenistic army had ransacked and desecrated the Temple in Jerusalem, attempting to replace the Jewish religion with their own pagan practices.

After mourning the death of his elderly father Mattathias, Judas, the great warrior-hero of the title, inspires the Israelites to continue their fierce guerrilla campaign against the idol-worshipping invaders. After many battles Judas secures independence for Judaea and restores the Temple, an event still commemorated at Chanukah, the Jewish Festival of Lights.

Handel’s music, some of which may be very familiar from other contexts, vividly describes the changing mood of the people as they move through the whole gamut of emotions from wretchedness and despair to the thrilling triumph of victory. 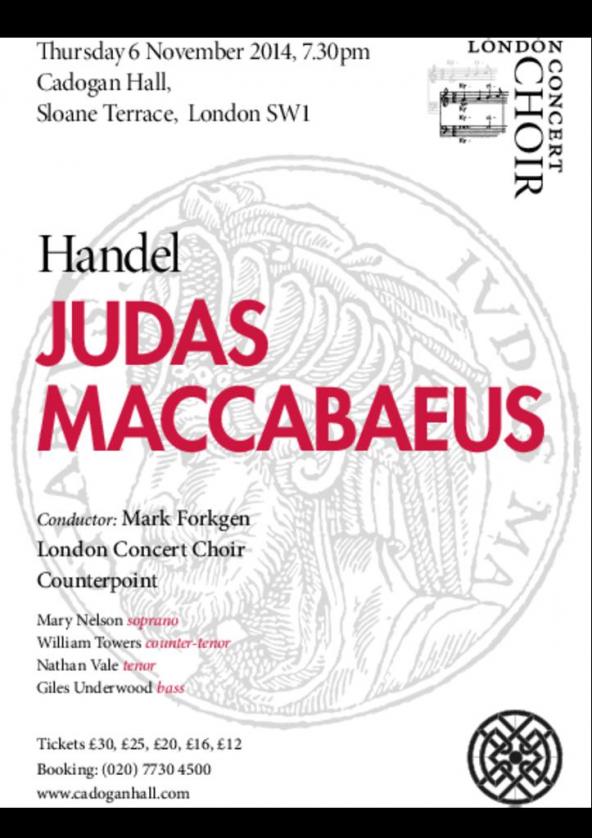 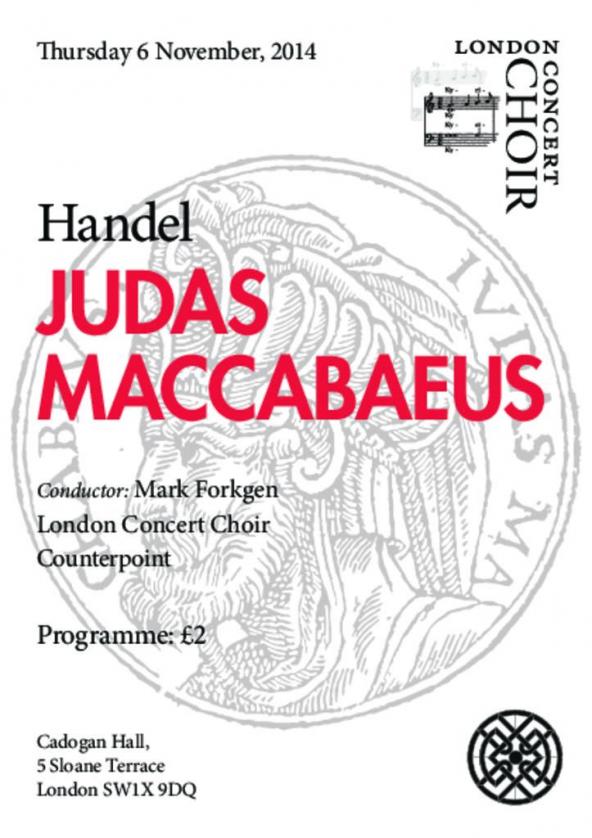