In this great oratorio the chorus takes the starring role in telling the Biblical story of the Hebrews’ escape from oppression and slavery in Egypt. Israel in Egypt was first performed in London in 1739, three years before Messiah. Handel composed it at lightning speed, partly by borrowing material from his own music and that of other composers. Like Messiah, Israel in Egypt has no clear plot or dramatic characters but focuses on nations rather than individuals. Although the dominance of the choir did not appeal to its original audience, Israel in Egypt has since become Handel’s most popular oratorio after Messiah.

Part One makes extensive use of double choruses to portray the suffering of the Hebrew slaves and the succession of ten plagues that finally compel the Egyptian Pharaoh to release Moses and his people. Handel’s colourful choral and orchestral writing vividly illustrates the rivers of blood, hopping frogs, flies and locusts, the storm of hailstones and the eerie darkness before the death of Egypt’s first-born sons. At last the Hebrews make their way unscathed on dry land through the Red Sea, which swallows up the pursuing Egyptian army and its chariots.

Part Two is an exultant song of praise for the release of Moses and his people. It contains rather more music for the soloists and culminates in repeated shouts of “The Lord shall reign for ever and ever”, before the chorus brings the oratorio to a triumphant conclusion.

Originally founded in 1960, London Concert Choir is one of London’s leading amateur choirs. With Mark Forkgen, who this season celebrates 20 years as the choir’s Music Director, LCC regularly appears at all the major London concert venues and is notable for the conviction and expressiveness of its performances in an unusually broad repertoire. 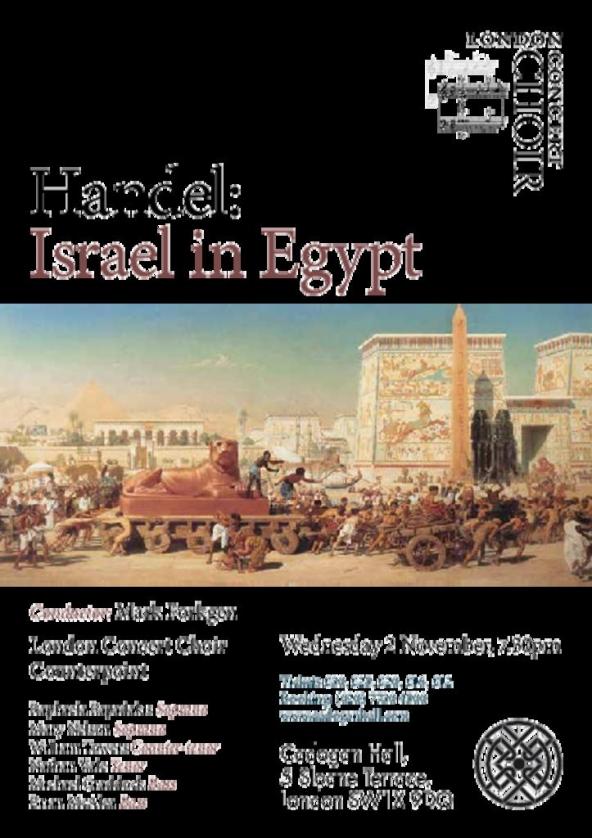 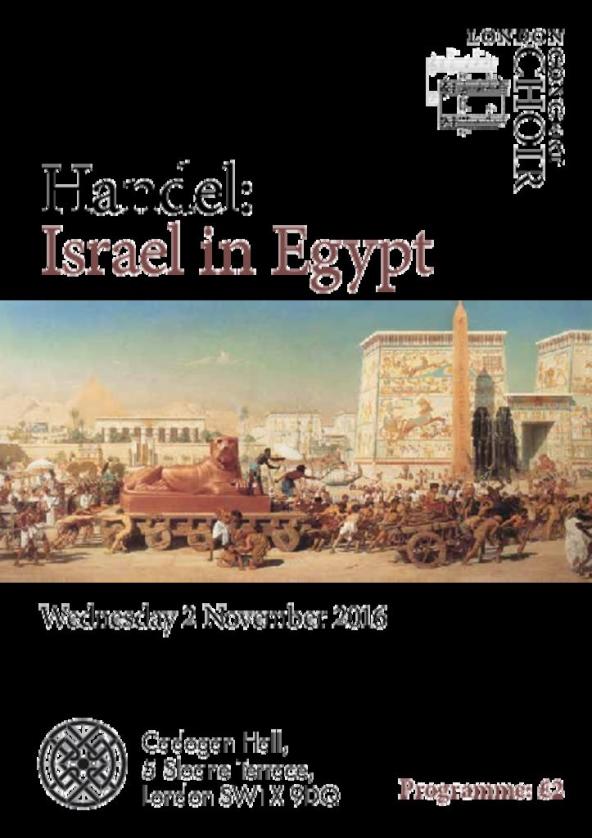