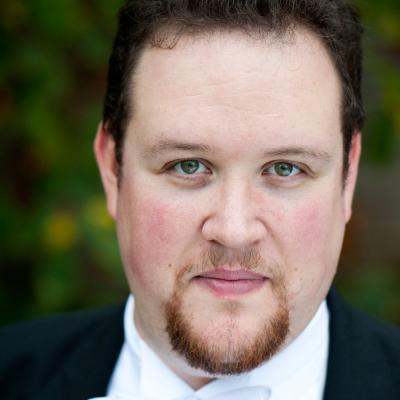 Tom trained at the Guildhall School of Music & Drama, and studied with Brian Parsons and Janice Chapman.

Tom is in frequent demand as an oratorio soloist and recitalist, with a particular interest in English Song, and enjoys collaborating with the British lutenist Elizabeth Kenny. He has performed all across the UK, Europe, the USA & Australia, with regular television and radio broadcasts. He can be heard on over 25 commercial recordings, and forthcoming appearances include Bach Cantata 70: Wachet! Betet! Betet! Wachet! with Steven Devine & The Orchestra of the Age of Enlightenment at King’s Place, London, Handel Acis & Galetea with Paul McCreesh & The Gabrieli Consort in Poland, and Bach B Minor Mass with Nigel Short and The Academy of Ancient Music in London as well as concerts across the UK, France, Germany, Spain, Ireland, Austria, the Netherlands, Italy, Poland, Hungary, Denmark, Israel, the USA, & Switzerland.

As well as being a Lay-Clerk at Westminster Cathedral in London, and an Associate Lecturer in ​Music at the University of Chichester, Tom enjoys a busy schedule performing with many of the top ensembles in some of the world’s most prestigious venues.