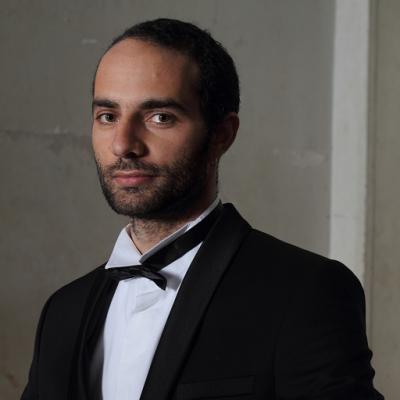 Greek bass Georgios Papaefstratiou is originally from Athens, where he began his training as a chemical engineer by graduating from the National Technical University with a Chemical Engineering degree in 2005.  Whilst completing his first degree he studied piano, receiving a diploma, also in 2005.  Georgios has recently graduated from the Guildhall School of Music and Drama and is currently in his first year of a Master’s in Singing degree, studying with Laura Sarti and Russell Smythe.

Oratorio highlights include Mozart’s Requiem and Handel’s Messiah at St George’s, Bloomsbury and Beethoven’s Mass in C at St Michael and All Angels, Turnham Green.

Georgios was a member of Glyndebourne chorus in 2009. He has worked in master classes with many prestigious musicians, such as Edith Wiens, Paolo Olmi, Emma Kirkby, Julian Gavin, Helmut Rieling and Reiner Hoffman.