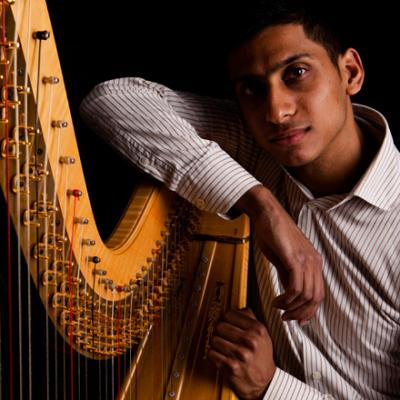 Daniel de-Fry has studied the harp since the age of five with Professor Daphne Boden. In 1995 he became a student at The Purcell School where he was supported by the Music and Dance Scheme (MDS). Daniel was subsequently made a Leverhulme Scholar and was a winner of the Purcell School Instrumentalist Competition. In 2001 he was selected by the school to tour the US and perform solo in New York and Boston. Daniel then joined the Royal College of Music, where he was a Foundation Scholar supported by The Leonard & Margaret Boden Harp Award.

At the Royal College of Music, Daniel has performed as a member of the Sinfonietta, RCM New Perspectives, Opera and Symphony Orchestra. He has also enjoyed numerous external solo and orchestral performances in a host of London venues including, St James’s Piccadilly, St John’s Smith Square, Barbican, Whitehall Palace, the Purcell Room, Buckingham Palace, St James’ Palace, Kensington Palace, Westminster Cathedral, the House of Commons and the House of Lords.

Daniel furthered his studies at the RCM on the Integrated Masters Programme in Performance and was made a Leverhulme Orchestral Mentor supported by the Leonard & Margaret Boden Award for Harp. He consequently graduated with distinction in July 2008 and was awarded the RCM’s most prestigious award, the Tagore Gold Medal. This award was presented to him by HRH the Prince of Wales in May 2009 before giving a solo performance to His Royal Highness in the Britten Theatre, RCM.

Daniel has performed in many harp master-classes given by renowned harpists such as Marisa Robles, Catherine Michel, Jana Bouskova and Fabrice Pierre and while at the RCM, has enjoyed working with world-class conductors such as Gianandrea Noseda, Vladimir Ashkenazy, Andrew Litton, Sir Roger Norrington, Alexander Polianichko, Pierre André Valade, Neil Thompson, Robin O’Neill and Martin André.

In October 2008 Daniel was chosen to play in a highly successful production of Britten’s Chamber Opera Albert Herring which was directed and conducted by Lorin Maazel in the United States. This performance received a rapturous review in the Washington Post. Daniel has since returned to the U.S. to perform in a revival of Albert Herring and a new production of Britten’s The Turn of the Screw – both directed and conducted by Lorin Maazel.

After winning the Royal College of Music harp competition in May 2008, Daniel made his solo debut at Cadogan Hall. In 2009, he reached the string final of the Royal Over Seas League Music Competition and won the Marisa Robles Harp Prize. From 2008-2009 Daniel was an apprentice of the LPO Future First’s Scheme – the London Philharmonic Orchestra’s Apprenticeship programme. Daniel continues to expand his orchestral aptitude – November and December last year saw him performing Tchaikovsky’s Swan Lake, Adam’s Giselle and Minkus’ Don Quixote with the St Petersburg Ballet Theatre as part of their Autumn European Tour 2009. Earlier this year Daniel was part of the Southbank Sinfonia working in collaboration with the National Theatre on a hugely successful production of Every Good Boy Deserves Favour a play for actors and orchestra by Tom Stoppard and André Previn, which ran in January and February 2010. 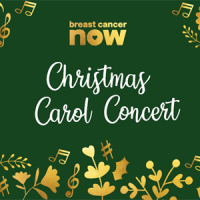