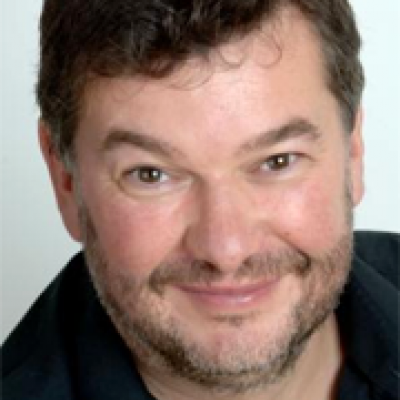 Born in Canterbury, Andrew Rupp began his musical training as a chorister at the Cathedral there. He furthered his studies at St John’s College, Cambridge, where he read Natural Sciences and sang as a Choral Scholar. He is currently studying with Philip Doghan.

He made his operatic debut as The Vicar Albert Herring for British Youth Opera, a role he has repeated for Glyndebourne Touring Opera. His other operatic engagements have included John The Last Supper at the Berlin Staatsoper and for Glyndebourne Festival and Touring Operas, The Ferryman Curlew River for The Aldeburgh Foundation in France and Japan, The Traveller Curlew River and Aeneas Dido and Aeneas at the Aix–en–Provence Festival (productions which were filmed and subsequently toured throughout Europe), Demetrius A Midsummer Night’s Dream, Count Almaviva Le nozze di Figaro, Eisenstein Die Fledermaus and The Musicmaster Ariadne auf Naxos for English Touring Opera, Junius The Rape of Lucretia at the Théatre de Caen, The Steward Flight for Glyndebourne Festival Opera, Melchoir Amahl and the Night Visitors for Camerata, Oxford, Tamès The Kiss for Opera Theatre Company, Dublin, Don Pantaleone Die drei Pintos for Opera Omnibus, Kilian Der Freischütz for the Opéra de Lausanne and Sharpless Madam Butterfly for Raymond Gubbay at the Royal Albert Hall.

Andrew Rupp has a wide concert and oratorio repertoire and has performed in the UK, the USA, France, Italy, Japan, Scandinavia and Switzerland. He appeared in the première of John Tavener’s The Veil of the Temple at the City of London Festival, in revivals of this work at the Lincoln Center, New York, the Holland Festival and the Royal Albert Hall, and also in the première of Tavener’s Hymn of Dawn, broadcast on Radio 3, with the Ulster Orchestra from the Waterfront Hall, Belfast. His repertoire further includes Bach B Minor Mass, Christmas Oratorio and St Matthew Passion, Brahms, Durufflé, Fauré and Mozart Requiems, Elgar Coronation Ode, The Dream of Gerontius and The Kingdom, Finzi In terra pax, Handel Acis and Galatea and Messiah, Haydn Nelson Mass, Orff Carmina Burana, and Vaughan Williams Fantasia on Christmas Carols, Five Mystical Songs, Hodie and A Sea Symphony (most recently at the Royal Festival Hall with the Royal Philharmonic Orchestra and also in the work’s Chinese première in Beijing with the International Festival Chorus and Orchestra).

Andrew Rupp created Nathan Byrd in the première of McQueen’s Hollow Hill at the Buxton Festival, and his recent engagements have included Last Night of the Spring Proms for Raymond Gubbay Ltd, Ivan the Barber The Nose for The Opera Group, The Veil of the Temple at the Brighton Festival and an Opera Gala for Opera Theatre Company, Dublin.

Recent and future highlights include Balstrode Peter Grimes for Opera North, Jean in Philippe Boesmans opera Julie for Music Theatre Wales, John in Birtwistle’s The Last Supper in Milan and Turin with the London Sinfonietta, Aeneas Dido and Aeneas in staged performances as part of the Temple Festival, Dancairo Carmenfor Raymond Gubbay Ltd, and Haydn’s Creation with the Manchester Camerata. 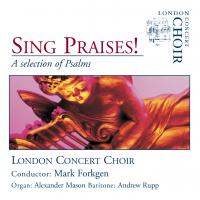