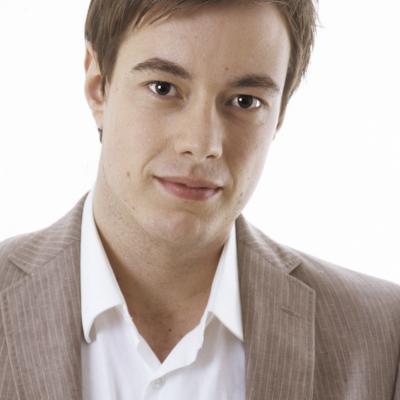 Adrian trained at the Guildhall School of Music and Drama, both as an undergraduate and postgraduate on the Opera Course. A winner of the Royal Over-Seas League Singers Prize, in 2007 he was selected for representation by Young Concert Artist Trust. During this time he was an Independent Opera Fellowship Award winner, a Susan Chilcott Scholar and a finalist in both the Richard Tauber and Kathleen Ferrier competitions.

His roles include Orpheus in Offenbach’s Orpheus in the Underworld for Scottish Opera, Apprentice/Die Meistersinger and Autumn/The Fairy Queen for Glyndebourne Festival Opera; Don Ottavio/Don Giovanni, Fracto/Prophet and Loss by Julian Grant; Opera Highlights tour with Scottish Opera; Tamino/Die Zauberflöte, Horace in Gounod’s La Colombe and The Brazilian in Offenbach’s La Vie Parisienne at the Guildhall School of Music and Drama; Gonzalve/L’heure espagnole and Sailor/Dido and Aeneas for the English Bach Festival.

Concert performances include Messiah with the Royal Liverpool Philharmonic Orchestra, Beethoven’s Ninth Symphony with the Vietnam National Symphony Orchestra, the BBC Proms in Glyndebourne’s The Fairy Queen; A Child Of Our Time, Handel’s Solomon, a gala concert with the Aachen Symphony Orchestra in Brussels, Bach’s B Minor Mass at Snape Maltings, Haydn’s Nelson Mass with the London Mozart Players at the Cadogan Hall, Elgar’s The Kingdom in Chichester Cathedral, Stravinsky’s Mass in G and Britten’s Misericordium with the London Chorus, and Messiah with Sir David Willcocks and the English Festival Orchestra at the Royal Albert Hall.

As a recitalist he has appeared at the Wigmore Hall, Bridgewater Hall, St John’s Smith Square and King’s Place. He has sung for the Brighton Festival, Oxford Lieder Festival, Songmakers’ Almanac, the Schubert Institute (Austria) and the Steans Institute at the Ravinia Festival in Chicago. Adrian currently studies with Paul Farrington.