Gluck was the chief figure among the operatic reformers of the 18th century, and his Orfeo ed Euridice (Vienna, 1762) is one of the most important works in the history of music for the theatre. He was born in Bohemia, into a German family, and was educated in Prague. In his early twenties he went to Vienna and then to Milan, where he became a violinist in the orchestra of Prince Antonio Melzi, while studying with the eminent composer Giovanni Sammartini. Gluck’s own operatic debut was with Artaserse (Milan, 1741), to a libretto by Pietro Metastasio, after which he pursued a nomadic career for several years, writing fifteen more operas in a decade.

In the mid-1750s Gluck settled in Vienna, where French opéra-comique was all the rage, and this resulted in his collaboration with the dancing master Gaspero Angiolini, most notably in the ballet Don Juan, ou le festin de Pierre (Don Juan, or the Stone Banquet, Vienna, 1761). The following year the pair worked together on a new opera, Orfeo ed Euridice.

Described as an azione teatrale per musica (musical play), Orfeo was a milestone in the movement towards operatic reform, whose subject was surely a deliberate choice in its aptness. The librettist was Raniero de Calzabigi (1714-1795), a poet who was ‘a great lover of women’, according to none other than Giacomo Casanova. By the time Calzabigi departed from Vienna in 1772 in the wake of an amorous scandal, he had provided Gluck with the texts of his three major reform operas, the others being Alceste (Vienna, 1767) and Paride ed Elena (Vienna, 1770).

In some respects, however, Orfeo ed Euridice was a cautious beginning. The overture is a fairly conventional opening, less ambitious than the later example for Alceste, while the main role was written for a mezzo-soprano castrato, though Gaetano Guadagni was an exceptional singer who had studied acting with David Garrick.

Calzabigi’s libretto concentrates on emotions and avoids stereotypes. The action is stripped of anything superfluous, while the ballets and choruses are always dramatically relevant. Although Gluck admired Handel, he reacted against the conventions which governed the style of opera seria which that master wrote. Instead Gluck became preoccupied with creating a more naturally dramatic theatrical work, in which the display of virtuosity was replaced by a more genuine concern for emotional states. Whereas the trend in previous operas had been to contain as many as ten scenes within an act, Calzabigi’s concentration on essentials reduced the number to two. A certain static quality in these great tableau-like scenes might be a tribute also to the Viennese audience, who it was felt could dispense with regular virtuoso diversions and absorb themselves in the passions depicted.

The score of Orfeo has various radical features. Since the dominance of the aria, so beloved of Handel and the previous generation, was no longer the priority, each of the extended scenes tends towards a greater musical unity. There is little vocal coloratura (display), since the melodies are strong enough to stand in unadorned simplicity, not least the famous lament Che farò senza Euridice, which is sung by Orfeo after his wife dies for the second time. In Act II the scene is the entrance to Hades, where the hero is threatened by the Furies, who instruct Cerberus the three-headed dog-monster to tear to pieces anyone who approaches. But the sweetness of Orfeo’s music, reflecting his love for Euridice, charms them, and he is allowed to pass. By contrast the serene flute solo in the Dance of the Blessed Spirits is a touching evocation of the atmosphere in the Elysian Fields, a supreme example of Gluck’s intention ‘to restrict music to its true office of serving poetry by means of expression’.

The chorus is fully involved in the drama and blossoms as a consequence. Recitative is always accompanied by the orchestra, which itself is given a new significance, with the deployment of tone colour becoming a fundamental device. Then there are also important details such as the sound of Orfeo’s lyre, represented by the harp, the colour of the flute with its antique associations,
and the trombones that lend such authority and mystery to supernatural scenes.

Gluck’s reforms represented the fruit of collaboration rather than his work alone. He was a professional composer who provided music in the style he
believed to be appropriate to the circumstances. During the 1770s he worked regularly in Paris, where for example castrato roles were not possible, and for the production there of Orphée in 1774 a high tenor (haute-contre) was used for the title role.

Gluck’s creative gifts suited the urgent need of his time, at least in Italian opera, to redress the balance between music and drama. It was particularly in this context that he was much admired by Mozart, Wagner and Berlioz. If the praises of Gluck’s operas are sung more often than the works themselves, this may be because of the challenge involved in presenting them with the
types of voices for which they were conceived. The words of Berlioz
offer the highest praise: “Gluck fills the heart with that fathomless nostalgia which is always awakened by the evocation of a glorious past.”

THE PERFORMING TRADITIONS OF ORFEO

From the time of the 1774 Paris version the opera soon established a repertory position across Europe, though initially more usually than not this was the Italian version, as in the performance conducted by Haydn at Eszterháza in 1776. During the earlier 19th century the tenor Adolphe Nourrit was a famous Orpheus at the Paris Opéra, before in 1854 Liszt conducted the opera at Weimar, composing his own symphonic poem Orpheus as a replacement for the original overture. The first female singer in the title role was Jeanne Fabre at Milan in 1813, but as the century progressed the most celebrated singer was Pauline Viardot, for whom in 1859 Berlioz made his edition, combining what he considered to be the best of Gluck’s two versions.

Since the 1870s, adaptations of Berlioz’s version, now sung in Italian, became increasingly popular, with a contralto Orpheus and restoring music from the 1774 French version that Berlioz had omitted. The most famous of these hybrid versions was published in 1889 by Ricordi.

In the 20th century all these various options remained possible, along with the highly effective transposition of the title role for a baritone.Distinguished singers such as Dietrich Fischer-Dieskau and Hermann Prey became closely associated with the role, as did Kathleen Ferrier and Janet Baker.

Tonight’s performance, which features a counter-tenor in the role of Orpheus, is of the original Italian version, but includes a chorus and some extra dances derived from the Paris version.

Act I
Scene 1:  A grove containing the tomb of Eurydice amid an avenue of laurel and cypress trees

Orpheus mourns the death of his beloved Eurydice, echoed by a chorus of nymphs and shepherds. He begs that the gods restore Eurydice to life or allow him to join her in death.

Scene 2:  Amor appears, and informs Orpheus that the gods have been moved to pity by his profound sorrow. They will allow him to descend into Hades in order to lead Eurydice back from the dead. However, they stipulate one condition: he must never look back at Eurydice, nor offer an explanation for his behaviour, or she will be lost to him for ever. He realises the danger that this restriction brings, since he believes that Eurydice will doubt his love when he looks away and turns from her. At the same time, he considers that with Amor’s help and the strength of his love, he will be able to overcome the restriction imposed by the gods.

Act II
Scene 1:  The terrifying entrance to Hades, beyond the river Cocytus, lies hidden in the distance by the thick smoke that bellows forth

Orpheus is confronted by a chorus of Furies and demons, who describe to him the kingdom of the dead: it is a place of terror and torment in equal measure. He replies that no such dangers can quell the fire of his ardent love. His song so charms the Furies that they allow him to pass and enter into Hades.

Scene 2:  The Elysian Fields, with beautiful flowers and arbours, groves and fountains. On the grassy slopes groups of Blessed Spirits of heroes and heroines can be seen resting.

Amid the radiant scene the chorus sings of the Valley of the Blessed, which Orpheus now enters as he searches for Eurydice. He longs to find her, and begs the spirits to lead him towards her. His wish is granted and Eurydice is returned from the dead. Orpheus begins leading her away.

Eurydice is delighted to be reunited with Orpheus, who urges her to follow him and leave the kingdom of the dead. As soon as he releases her hand, she begins to doubt his love. She begs that he look at her, but he recalls the instruction of the gods and refuses her request, consequently she believes that he no longer loves her and refuses to follow him on the journey. Unable to hold back his emotions any longer, he turns; but at the very moment he gazes at Eurydice, she falls dead. Orpheus determines to kill himself so that he can follow Eurydice down into Hades.

Scene 2:  Amor appears and stays the hand of Orpheus, being moved to pity by this display of grief. Amor therefore restores Eurydice to life.

Scene 3:  The magnificent temple of Cupid
The restoration of Eurydice to life, resulting from the depth and power of Orpheus’s love, is celebrated by dancing and a chorus of shepherds and shepherdesses. 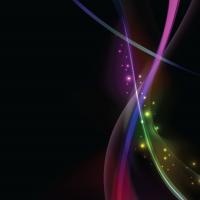