Gluck’s opera adds a happy ending to the ancient Greek myth of Orpheus and Eurydice. Amore, the god of Love, tells the musician Orpheus that the gods will allow him to lead his dead wife Eurydice back from the Underworld, but she dies once more when he disobeys their command not to look back. In despair Orpheus sings the famous aria Che farò senza Euridice? The original story ended with the loss of Eurydice and the death of Orpheus, but in the opera Eurydice returns to life, and love and music triumph over loss and death.

This original Italian version, first performed in Vienna in 1762, represented a landmark in the development of opera. Writing nearly 250 years ago, and a century before Wagner, Gluck and his librettist the Italian poet Calzabigi rejected the rigid operatic conventions of the time and devised a form of music drama capable of conveying extremes of emotion in a simple classical style.

The plot unfolds in a sequence of tuneful arias, energetic orchestral dances and dramatic duets, while the chorus plays an integral part in the opera, as nymphs and shepherds, Furies and the Blessed Spirits of Elysian heroes and heroines. 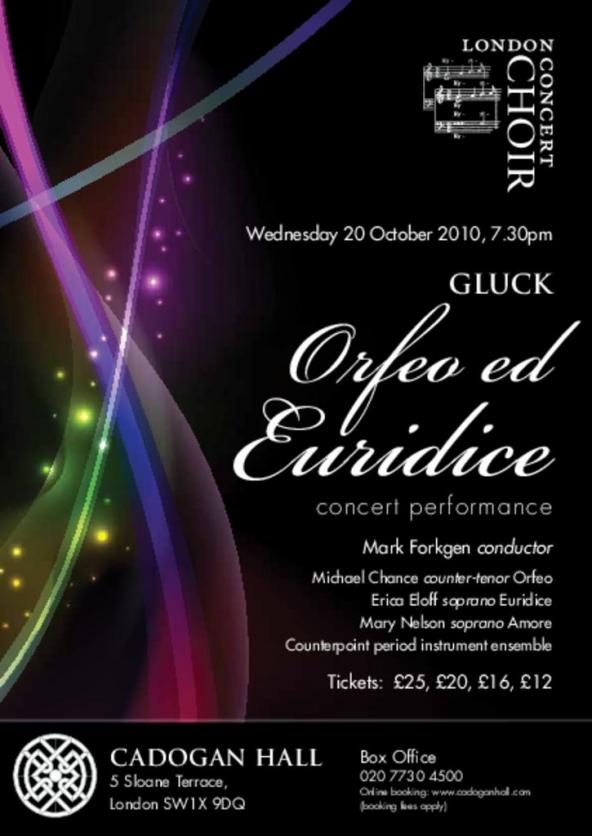 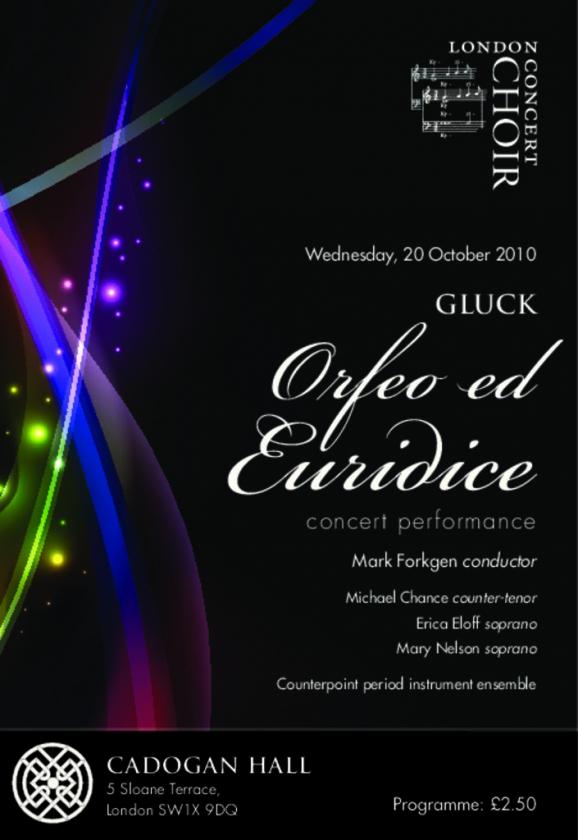