Born in Brooklyn, of Russian Jewish parents, George Gershwin was a bright, extrovert child, in contrast to his shy elder brother Ira, with whom he was to collaborate so successfully. George’s musical talent developed rapidly, and he began to compose songs of his own on leaving school at 15. His career blossomed and the early 1920s saw a steady outpouring of songs for musical comedies and revues.

George and Ira Gershwin’s hit musical Girl Crazy, about a New York playboy sent to Arizona to take his mind off girls, premiered on Broadway in 1930. The last of Gershwin’s twenties-style lightweight musicals, it launched the careers of both Ginger Rogers and Ethel Merman, while the energetic line-up in the orchestra pit included half a dozen jazz musicians: cornettist Red Nichols, Benny Goodman on saxophone, trombonists Glenn Miller and Jack Teagarden, Jimmy Dorsey on alto sax and Gene Krupa on drums.

Although the plot of Girl Crazy had become somewhat dated, over 60 years later the songs were successfully incorporated into the 1992 musical Crazy for You. The tunes of the three songs included in the overture will be instantly recognisable: ‘Embraceable You’, ‘I Got Rhythm’ (Merman’s showstopper in the original production) and ‘But Not For Me’, which was featured as the main theme in the 1994 film Four Weddings and a Funeral. 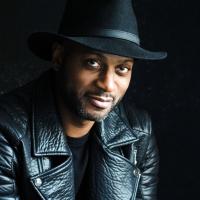