A Celebration of English Choral Music 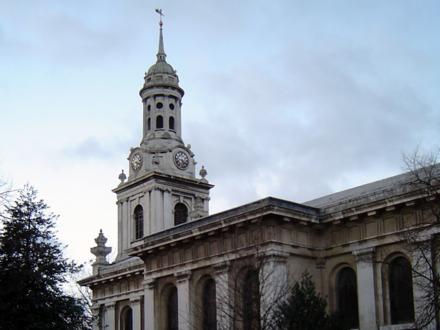 London Concert Choir presents a selection of English sacred choral music by some of its greatest composers from the 16th Century to the 20th. Tallis, Byrd, Gibbons, Purcell, Wesley, Stainer, Stanford and Howells are all represented, while the choir will also be performing gems by lesser-known composers. The concert will end with the moving Song for Athene by the late John Tavener, which was sung at the funeral of Diana, Princess of Wales. 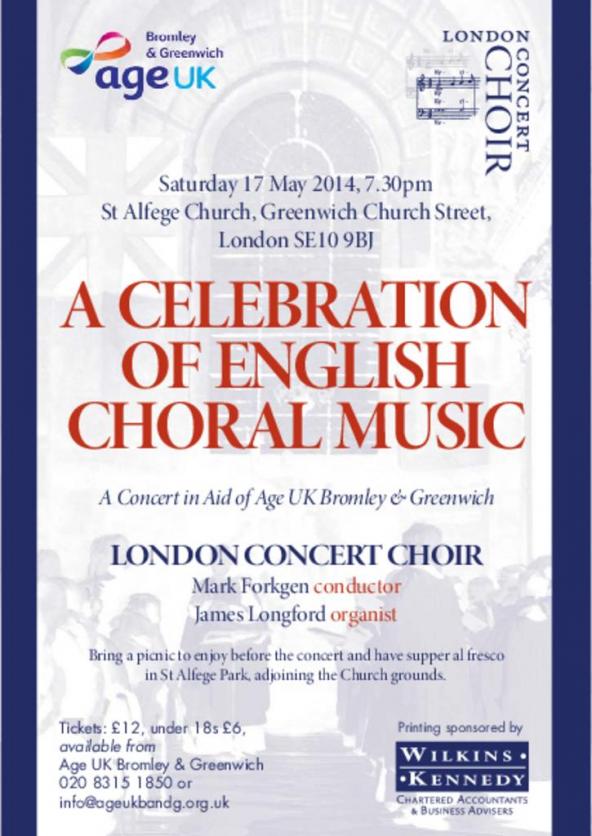 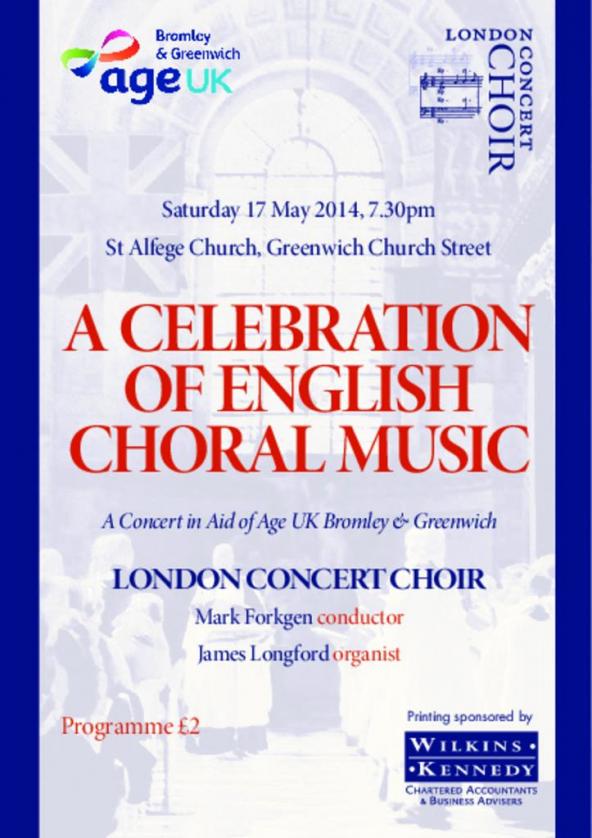