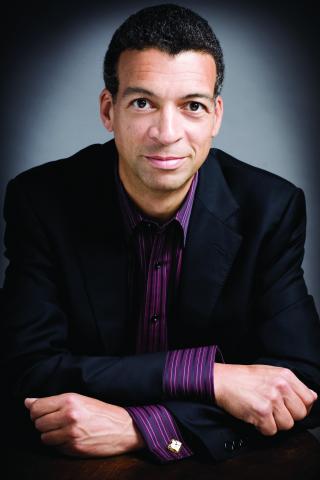 Roderick Williams encompasses a wide repertoire, from baroque to contemporary music, in the opera house, on the concert platform and in recital.

He enjoys relationships with all the major UK opera houses and is particularly associated with the baritone roles of Mozart. He has also sung world premieres of operas by, among others, David Sawer, Sally Beamish, Michael van der Aa, Robert Saxton and Alexander Knaifel.

Recent opera engagements include Oronte in Charpentier’s Medée, Toby Kramer in van der Aa’s Sunken Garden in the Netherlands, Lyon and London; Pollux/Castor and Pollux for English National Opera, van der Aa’s After Life at Melbourne State Theatre and Sharpless in Madam Butterfly for the Nederlandse Reisopera. Future performances include the title roles of Eugene Onegin for Garsington Opera and Billy Budd for Opera North. Recent and future concert engagements include concerts with the Tonkünstler Orchester at the Vienna Musikverein, Cincinnati Symphony, Music of the Baroque Chicago, Virginia Arts Festival, BBC Proms as well as many recitals and concerts in the UK and worldwide.

He is also an accomplished recital artist who can be heard at venues and festivals including Wigmore Hall, Kings Place, LSO St Luke’s, the Perth Concert Hall, Oxford Lieder Festival, London Song Festival, the Musikverein, and on Radio 3, where he has participated in Iain Burnside’s ‘Voices’ programme.

His numerous recordings include Vaughan Williams (including A Sea Symphony), Berkeley and Britten operas for Chandos, and an extensive repertoire of English song with pianist Iain Burnside for Naxos.

Roderick Williams is also a composer and has had works premiered at the Wigmore and Barbican Halls, the Purcell Room and live on national radio.

He was Artistic Director of Leeds Lieder in April 2016.