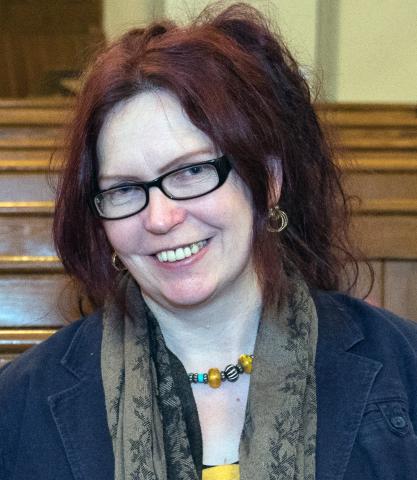 Alison Willis is an award-winning composer with a particular interest in re-imagining historical sources, issues-based work and collaborative working, whose works are gaining an international reputation. Her music has been described as “intensely moving”, “beautiful yet pragmatic” and “saying what you have to say and then stopping.”

JOURNEYS, a piece reflecting the ongoing Refugee Crisis, written in collaboration with Chiltern Youth Chamber Orchestra and commissioned by Making Music’s Adopt a Composer scheme 2015/16 (in association with PRS, SAM and BBC Radio 3) was broadcast on BBC Radio 3 in January 2017.

Her choral work Gustate et Videte, part of a larger choral commission for Vespers (premiered at Bristol Cathedral in May 2017), has recently been recorded by Bristol Cathedral Choir as part of the Old Hispanic Office Project (Bristol University).

Future projects include an American premiere of The Gift To Sing (May 2018) and a schools project as Composer in Residence with Hampshire Music Service exploring War Art in association with Compton Verney Art Gallery.